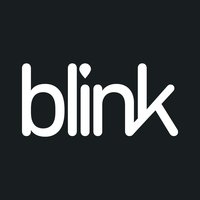 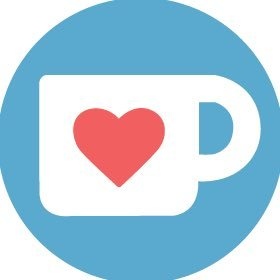 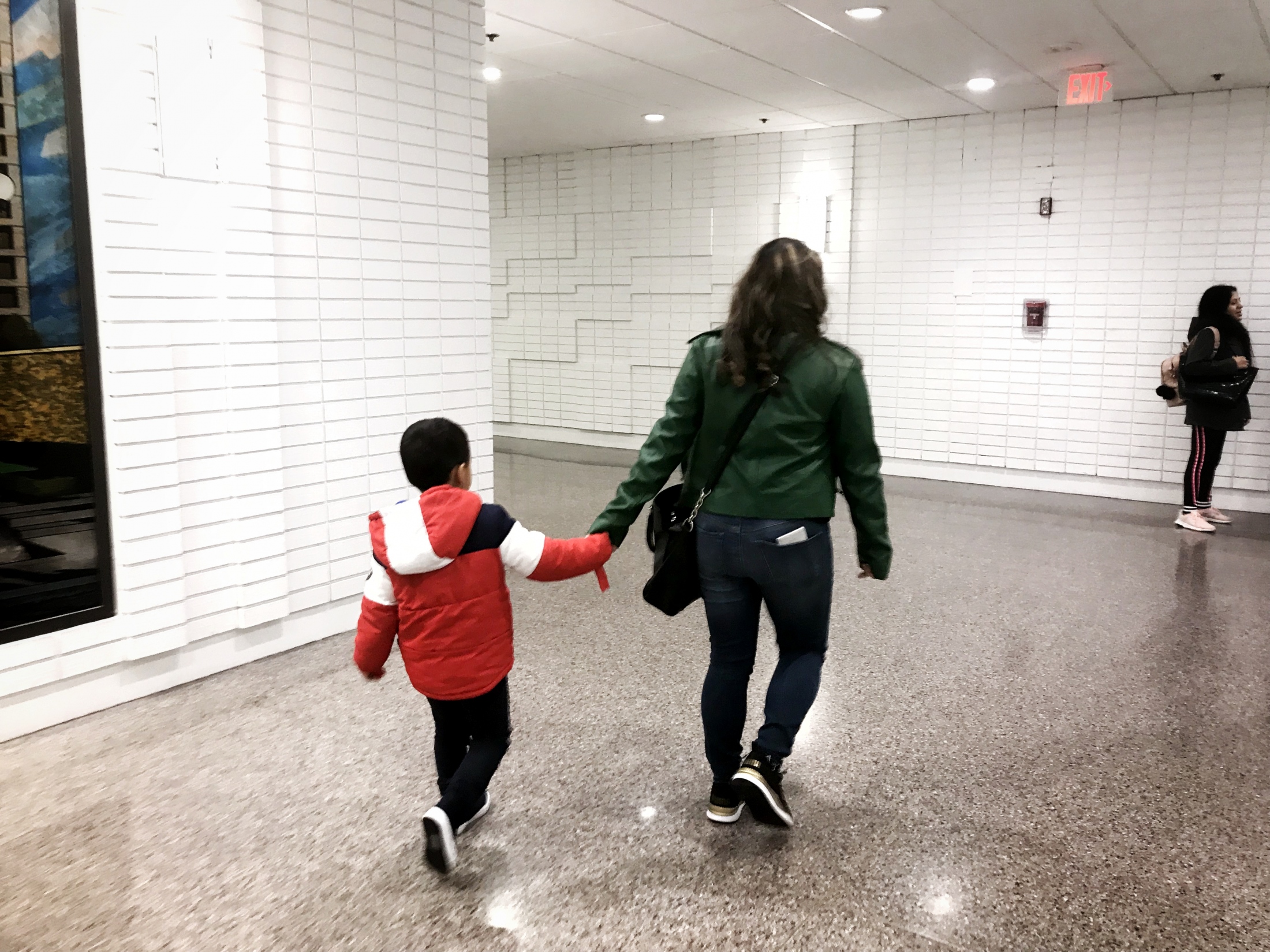 Families walking through the halls of the Immigration courtrooms in Arlington, VA. 2018

The number of kids that are being prosecuted is rising dramatically, most of them had to face the judge without a parent and their ages are approximately  between 10-15 years old.

Back in 2017, I had to make the choice of leaving Colombia my home country and start all over again in the United States.  After a few months of bad jobs and people taking advantage of me because of language barriers, I was hire as the full-time chef at the Marriott Hotel in Shockoe Bottom.  A residential/commercial neighborhood in the city of Richmond, VA.  Three months passed and me and the bartender Ezra got really close. He was born in San Diego, CA. but raise in Chihuahua, Mexico and that mixture of identities made our friendship stronger.  One night after work I got a text message that send me through a hard journey that changed my life and Ezra’s support after that text was key to face this experience.

One of those heavy night at work, Ezra and I just finished our shift and like we usually do, we went for a drink. Back then, that routine of going for some drinks after work was a tradition.  We ended up hating that job after a year of working there and it was affecting our mental health, but for us at that time it was a relief going out and getting some drinks. It was therapeutic.  “Let’s get unos vodkas, Compa!” Ezra said, in his common “Spanglish” while lighting a cigarette.  “Is too late to get there” I replied.  It was around 1:40 am, but he insisted that we could make it if we went fast enough.  We made it just in time for “Last call”, and we took a few drinks after heading out to his house.

After a couple of hours of talking, along with a few more drinks we totally forgot the stress of the day.  It was like a lucid dream, I was there, but I wasn’t.  I just stopped feeling my body, when a text message would bring me back to reality.  This message arrived shortly after 3 am and contained a request that would take me the following months to delve into the traumas that my people have to face in the United States.  On the other side of that text, an old activist friend texted me; “A family is being persecuted by ICE and must seek sanctuary in a nearby church, can you come?” Wrote my friend with some anguish.  The group my friend was part of knew that I could support by documenting this story and getting the word around the community about this persecution.  “Where and when can I come?” After a while, I replied to my friend because it took me a minute to get all my thoughts together so I could reply to that surprising message.

While in the kitchen my friend Ezra and his partner started cooking some rice with chicken, food that later we would be giving to this family that is in need.  A few hours passed and by 8 am we were already at the First Unitarian Universalist Church to meet Abbie Arevalo Herrera and her family.  This family had to face the most extreme pain, leaving everything they know and cross the inhospitable and wild border between U.S. and Mexico to find shelter from the violence they suffered in their hometown.

When we meet Abbie, I could notice that she was still in shock and she couldn’t even understand what was happening in front of her.  After a few minutes of talking she said something that still to this day gives me chills.  “I need to be heard,” Abbie said with tears coming down her cheeks.  While holding one of her hands I told Abbie “I promise you that your story will be known around the country”.  Later that day I decided to move to the church for a couple of months so I could support her while documenting her new life at the church.

Before Abbie had to take sanctuary at the church she was expecting her immigration process to be terminated but ICE did not follow what the law says and just decided to order her deported.  The first month in sanctuary Abbie and her family were still on edge because of the trauma she had to go through with her kids and getting used to the new life inside the church.

Our resilient and close community took turns to cover the 24/7 security downstairs at the basement where Abbie is staying.  Upstairs the church and some other organizations set up a little team to cover all doors, but they were mostly white people that unfortunately barely spoke Spanish. It was Abbie’s request that she wanted people from her community that she could speak in her language and trust more.

Those three months that I lived there I had the chance to also work closely with Alina Kilpatrick.  She is an immigration Lawyer who focuses her work mostly on Asylum cases.  After helping Alina and Abbie so they could communicate, I was an interpreter with a few weeks of experience. However, I got lucky because I had amazing friends in the community that are language justice interpreters with years of experience. They trained me, showed me the basics, and tested me. I had to understand that I’m not just interpreting words, but also interpreting feelings, memories, stories and so much more with every conversation between Alina and her clients. I have to understand that this is a serious responsibility for me and the trust that the community is giving me by taking care of their every word I translate. They call this language justice interpretation and I still have a long road to learn of what that means.

One of those stories that left a mark on my soul was the afternoon when I took the first interview of Abbie and her kids in a little room they got at the basement of the First UU church. The sun was already on the edge of the horizon, letting only a few beams of light through the windows of the sanctuary. Carmen, Abbie and Manuel sat in the bed and Abbie took Manuel on her arms. While I asked her some general questions, I noticed that the camera recording our conversation stressed out Abbie. She doesn't like being in front of the camera very much, but she wants to be heard; It was the first thing she told me when we met.

As we began the conversation in an almost therapeutic way we got into the deep wounds of her past. I could feel that the pain was far to be gone. Abbie began to let out of her body that pain which still does not heal. “My name is Abbie Arévalo, I come from Honduras ... ehh ... I have to escape from my country because of  domestic violence, ehh ... when I was 18 years old.” Abbie takes a heavy sigh. “I got pregnant and my partner started beating me when I was 6 months old of pregnancy.”

“Then I returned to the place where my mother lived ... It was there that Carmen was born.” Abbie then explained me that because of lack of hospitals it was better for them to be in that area because it had a hospital nearby. After a short pause Abbie continued. “After the birth of my second daughter everything started to get worse.” We finish our conversation after that, and I never ask her again about it. I took a few portraits and then leave the church.

Some days I just have to suck up the feelings that I take with me after hearing all these stories. Normally, a couple of wine bottles or a glass of vodka are enough to handle my depression, but after a while, this leaves a crack in my soul.  I’m just broken inside with all the weight I take every day. Nowadays, I have to put those feelings into words on a piece of paper or in a laptop, so I don’t lose my mind.  In addition, after years of working as a documentary photographer being an interpreter showed me that when I have a camera in front of my face I have some kind of protection.

To be able to tell those traumatic stories most people need to disconnect their feelings a little. That’s what most old documentary photographers that I admire would say when they got asked, how they manage to tell these stories for so long. In this capacity, I am an interpreter and not a photographer, so now it’s just my pure soul in every interview, appointment or call. It’s not like I didn’t put my soul on every project before, it’s just that this time I realize how much a camera can separate you from the reality you are documenting.

It's a really important task for me to keep working as an interpreter so I can truly understand this mess that the immigration law in the U.S. is, and let more people know how bad and corrupt it is. Most of all, to let my people know so they can be prepared with tools to protect themselves. Even if this means taking a huge emotional load. This is part of me, that is who I chose to be.